A Closer Look At Homeless Families In America

How Many Homeless Families Are In The United States?

Unfortunately, American families are more likely to experience homelessness than any other industrialized nation. A national report on homelessness shows that 64 percent of all homeless individuals in America are females in their late 20’s with one or more children. There are approximately 2.5 million homeless children in the United States. Many experts look at family homelessness as a growing social concern that’s plaguing many states and affecting the growth and development of our children. In fact, homelessness has proved to be more detrimental for the children who lack food, shelter, a proper education, clothes, and adequate medical attention than for the adults.

It can be said; “that 51 percent of all children associated with a homeless family is under the age of 5.” These children are forced to live in the streets, cars, and shelters. The truth is, homelessness has become a crisis in the United States. As a crisis, it creates health issues, mental illness, substance abuse, low self-esteem, and unemployment. Homeless families have also put a burden on the community as many state agencies are low on funds or housing resources to help these families get back on their feet. Many families are devastated knowing they don’t have a permanent place to call home.

Homelessness in America is defined as any person that doesn’t have adequate shelter, living in the streets, living in various temporary shelters, or in a boarding house with a shared bathroom. Homelessness takes away the sense of identity from the family and leaves them vulnerable to the perils of society. The old cliché that most people are only one paycheck away from homelessness is true because many people have become homeless from losing their job as unemployment has soared in the past few years. Many adults have struggled to find a job after being laid off or dismissed from their current employer.

What Is America Doing To Fight Homelessness?

Many cities are taking the initiative in the fight against homelessness. For example, the federal government, non-profit organizations, and the private sector have taken an interest in creating real solutions to reduce the number of families in the United States that are forced to live without the security of a home. Tiny home communities are housing the homeless in cities that include New York, Dallas, Nashville, and Detroit. Tiny home communities have been in effect for the past 5 years to combat homelessness and have been a tremendous success. Other initiatives to reduce homelessness includes lowered rent, employing ready to work homeless employees, increased donations, and web applications that track homelessness.

The United States hopes to reduce the rate of homelessness by 2030 with the help of the government, non-profit organizations like New Futures, Inc., and the efforts of the private sector. It’s no secret that something has to be done to stop the threat of increased homelessness for families in the United States. Many non-profits organizations have suggested that donating to new future efforts is a valuable solution to decrease the number of families that are forced to live homeless in America each year. To successfully reduce homeless families in America, many people have to acknowledge the causes and effects of homelessness. Reducing homelessness gives every family household member a chance to thrive and become an asset to their community.

What Can YOU Do To Help End Homelessness in YOUR Community?

Join us in the fight to end homelessness with a donation to New Futures, Inc.

This site uses Akismet to reduce spam. Learn how your comment data is processed. 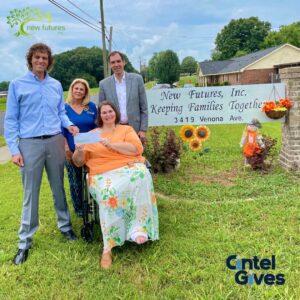 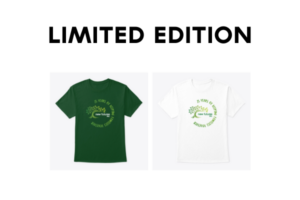 Celebrate 25 Years of Keeping Families Together with New Futures!

This website was generously donated to New Futures by Sangoma Technologies. They supply hosting, site maintenance and the phone system we use at the Lodge.

Keep up to date with what is going on at New Futures by joining our Newsletter! We will send out monthly updates and alerts when we are in dire need of specific supplies. We keep these updates to a minimum and never share your information with anyone else.

Before you go! Consider making a donation.

Any amount will help New Futures keep a roof over the many families living with us.